“A list of 10 app stores for android you should know about” might sound a bit overboard and overly “too good to be true” or too absolute for a situation where there is a wide range of choices. Still, the fact remains, over the years, the importance and user-comfortability channeled experience granted by the Google Play Store due to its availability to a wide range of Android users has not been appreciated and emphasized enough.  The infamous google play common among android users is a list of app stores for android that many do not know about hence, low patronage of these apps from users. Many upcoming app stores have died as a result of this.

However, many app creators and consumers have found these other app stores to suit their needs outside the conventional and widely known 2 app stores: Google Play for Android and Apple App Store for iOS devices.

The list of each app we are about to share with you entails different processes for submissions and getting them displayed on their respective niche for their target market. Some are liberal and roomy, others are restrictive, while others are as restrictive as they focus on overly specific categories of apps, e.g., games.

Meticulously reading the submission guidelines is very important before submitting your app to an online marketing platform or app store. This prevents your app from being a black sheep in a herd of white ones hence inhibiting its effectiveness in that environment. Partnership and consultations with experienced developers like us at Swiftspeed will make sure your apps meet the minimum requirements for your app to compete effectively with other apps in the market by virtue of its relevance to that niche.

In the course of this article, it would suffice that majority of the apps to be listed and reviewed here are android apps due to their larger market share of about 54% and certain peculiarities it offers users. Here brings a short compilation of a list of app stores for android that you should know about to fit your needs:

The Google Play Store has been serving people way back since 2008 and provides apps for android users, and It was one of the first mobile app stores. It exclusively targets the Android market. The platform prides itself on hosting about 2.6 million apps as of December 2018.

To search for apps that suit your preference and needs on Google play store requires using its search engine, which narrows down the apps to fit your search. However, the crux is that many app creators and even consumers have noticed many applications get clouded by results of the search engines due to many other competing or not so relevant app. hence, the need for a more needs-specific app store would lead us to list other third-party app stores for Android users.

Besides the Google play store, the Amazon Appstore is believed to be the most competent app store. It’s an app store for all Amazon Fire devices. This is an actual app that you can install on any Android device without a ton of issues. It also runs concurrently with other app stores if you want to use more than one without uninstalling one for another; it gives the luxury of dichotomous choice and options. The store has a variety of apps, including some big, popular names. It also has all of Amazon’s various apps. Although it has surprising positive feedback and features, its downsides are not non-existent; hence, the positives outweigh the negatives.

APKPure is a third-party Android app store with quite a lot of upsides. It has many popular apps like TikTok, WhatsApp, Vidmate, Facebook Messenger, UC Browser, PUBG Mobile, MX Player, LinkedIn, etc. The app store features a clean, organized UI with a decent search engine and a good overall selection. Although some categories are a little light in good apps for download, it has many more categories than the Google Play Store.

You can update your existing apps without the use of another app store. It sources downloads from multiple sources, so you get the latest updates as quickly as possible. The UI is a simple design without any user-experience glitch. 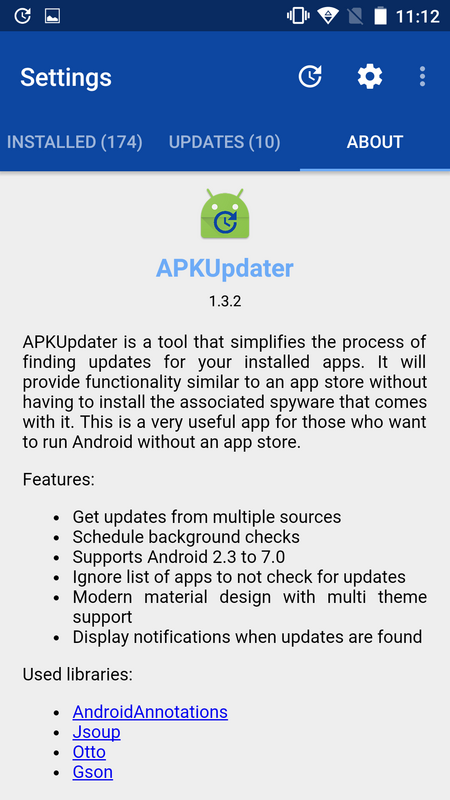 APKUpdater isn’t really an app store, but it has a neat function. It’s a good way to keep your device up to date without the hassle of having a full-blown app store on your phone. There is a search engine for other apps, but it’s not as effective as a dedicated app store.

There are lots of mobile app stores for Android, and SlideME is no exception. It’s one of the most mainstreamed alternatives to the Google Play Store and offers both free and premium apps in its listings.

At the outset of SlideME’s entry into the market, users complained about poor downloading and installation processes, but those quibbles have dramatically decreased through user feedback reviews. App creators can make their apps available to hundreds of thousands of users who prefer SlideME to the conventional Google Play Store.

Technically, APKMirror isn’t an app store like the Google play store, but rather an app repository; it is almost similar to the APKUpdater store. You can find all kinds of stuff here, including some beta apps not available in the Play Store. However, you can still get updates from the Play Store if a newer version comes out, so it’s an excellent secondary source of apps and some games.

This doesn’t give the same service and experience as an actual app store, and we really only recommend it if you want to try something specifically or find an older APK of an existing app so you can roll back to a previous version due to bugs or preferences. This is just one out of the numerous best list of app stores for android reviewed in this article.

The Best list of 10 app stores for android 7: Aptoide

Aptoide is used by many Android users instead of the larger mobile app stores because it displays app listings. It’s highly intuitive and easy to navigate, which makes it an appealing alternative.

Also, Aptoide is just as broad as the other mobile application stores. You can find games, productivity apps, store apps, and more. It isn’t niche-specific, but rather it caters to general Android OS app needs.

Humble Bundle is an excellent place to score few cheap mobile games. It has a pay-what-you-want system that lets you score games for less than you’d normally buy them for. They don’t have a proper store like Google Play, but they do run bundles fairly frequently. Check out the linked page for more details.

QooApp is a different brand of app store best recommended for users who enjoy Asian games from Asian app developers. You can find all kinds of stuff here, although only some of it has English (or any other non-Asian language) translation. This is mostly useful for getting Japanese variants of global games such as Final Fantasy Brave Exvius.

Itch.io was created to cater almost completely to games and gamers. Many brands have found out that gamification makes their apps more appealing to users and more likely to be used. Incorporating gameplay into an app can make it more popular and widely accepted by the target niche.

One of the most profound things about Itch.io is that it was built for developers and consumers, covering both bases. Still, the interface isn’t as intuitive and appealing as some of the other alternatives on the market. Still, it possesses a clarity of purpose that makes it ideal for its audience and target niche. 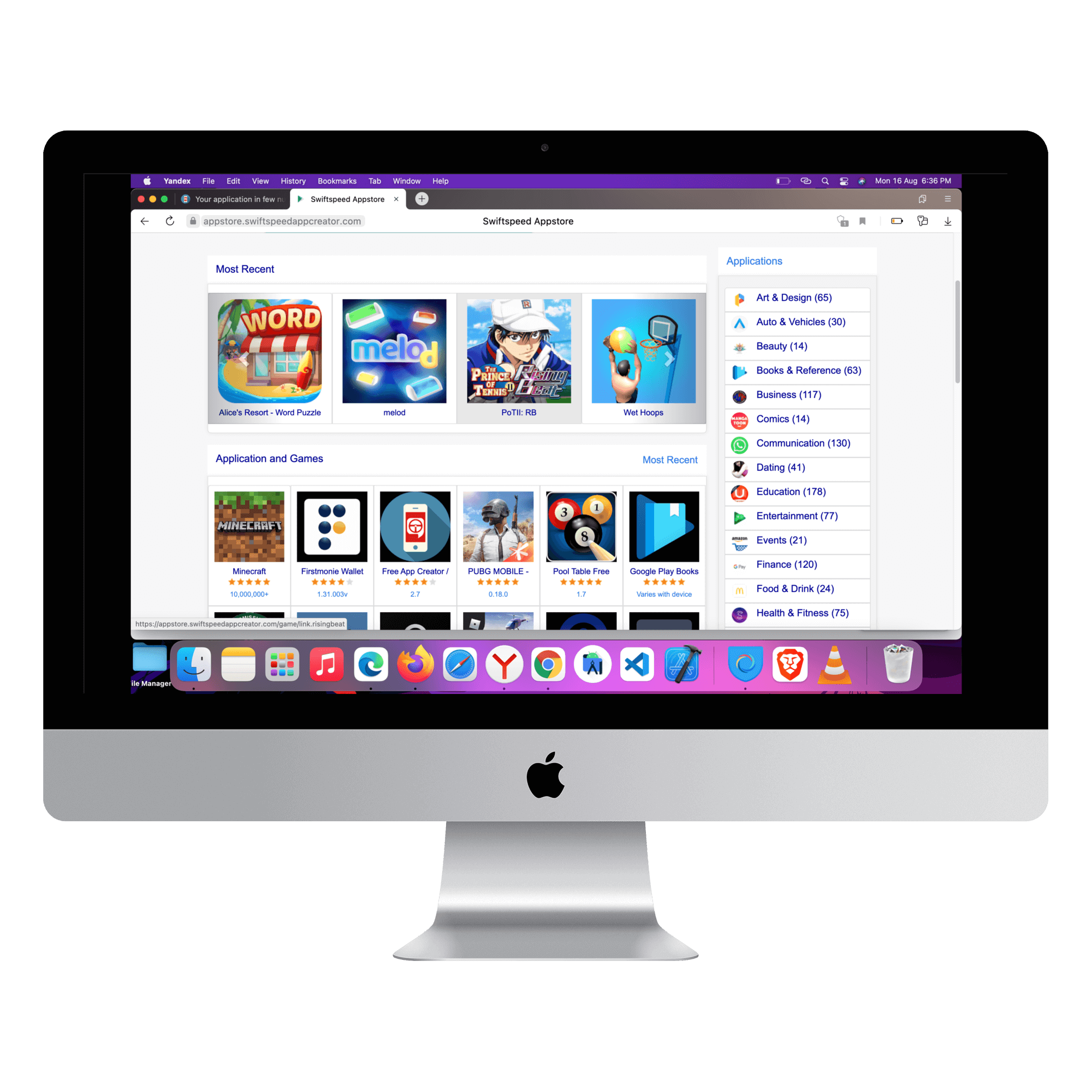 When using our App Builder, you do not have to worry about publishing your app on Google Play Store or Apple Itunes. our app maker platform has its own native apps store with thousands of apps and users publishing and downloading quality apps. All you have to do is generate your app Apk and submit the proper information, Boom!! If it passes, our reviewer’s quality check, your app will be published for free and be available for download to over 30,000 users.

To amass awareness and increase downloads, it is not compulsory you infuse your app into every mobile app store available to achieve this but widespread distribution of your app can actually help achieve that.  Also, when customers change devices or OS’s, they’d be able to still continue using your app as it would not be restricted to just one OS or mobile device.

In order to make your app easily accessible and sought after by customers, it is very crucial that you optimize your app for search so that it can be found with ease.

Building your app is just a leap out of the steps required to make the app a huge success and household name. It is pertinent that you plan, execute, and make required changes and improvements to your app in tandem with the dynamism of the mobile app industry. At Swiftspeed, we offer various services, all tailored towards your immediate mobile app and technological needs. Our services span a continuum of technological needs; hence, we are your best go-to option, especially in mobile app creation and development.

A health-content and creative writer, I can be reached on Twitter as @omh_space 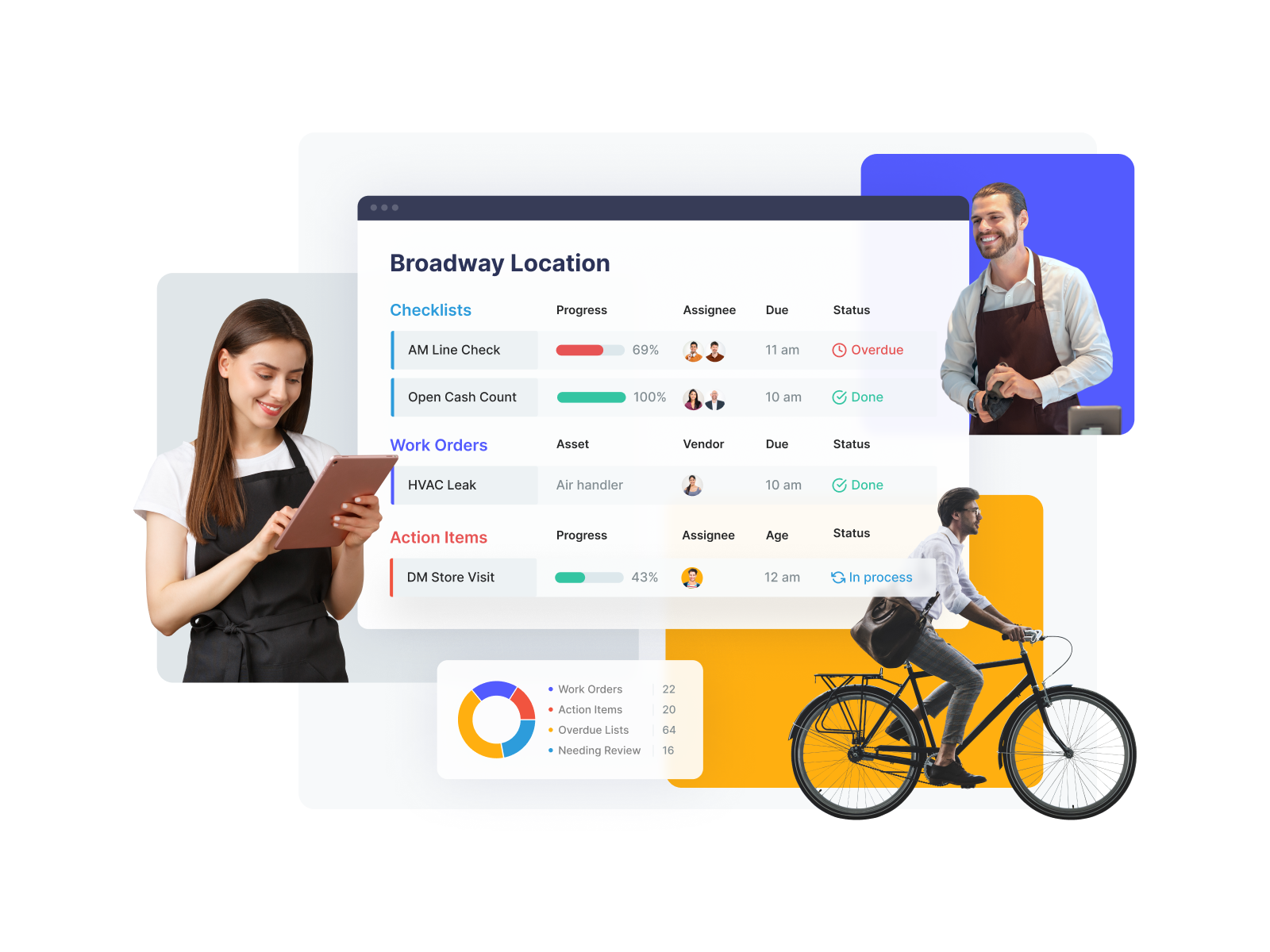 10 Benefits of a Communication App for Employees 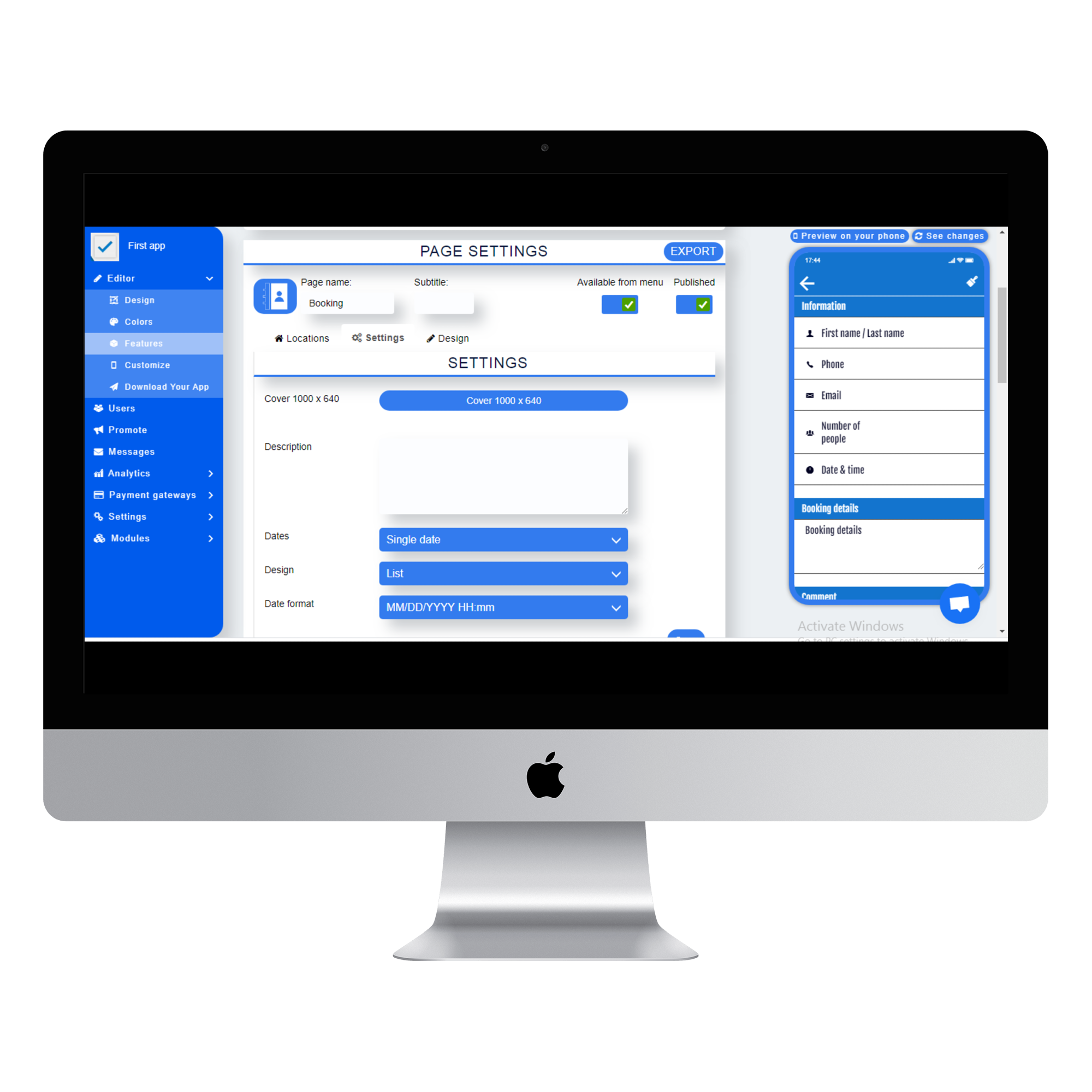 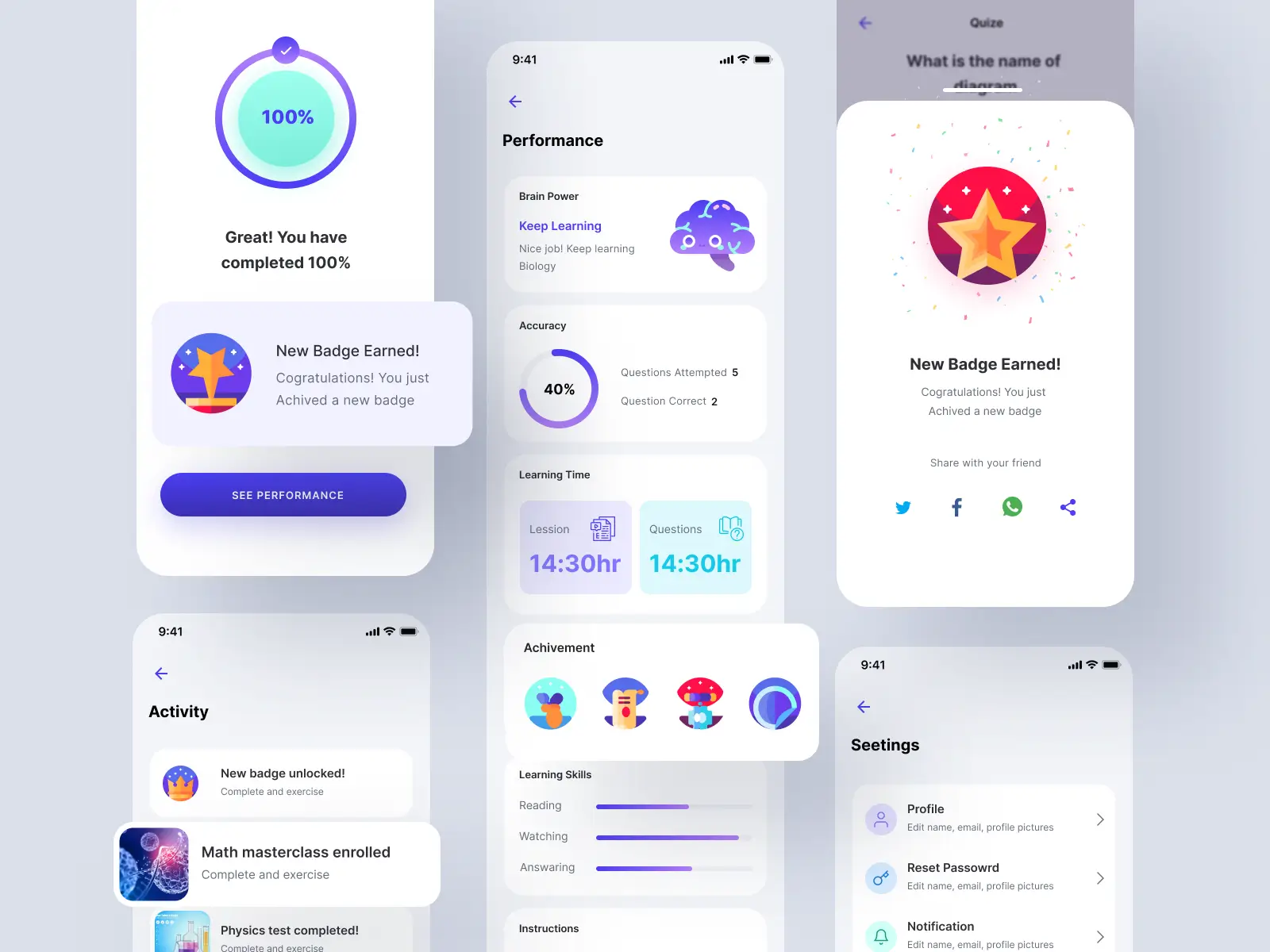 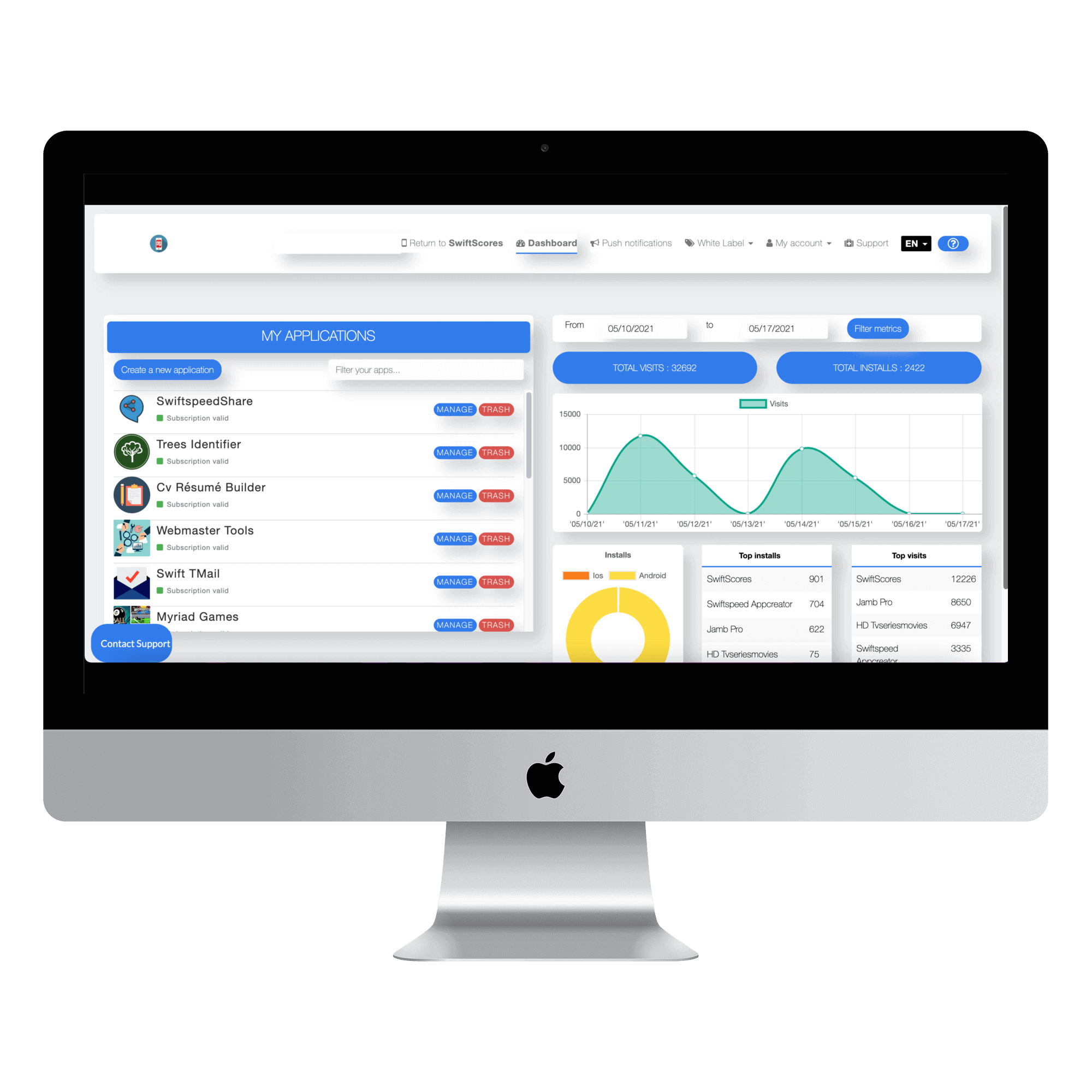 Best App Builder in 2021 Without Coding. 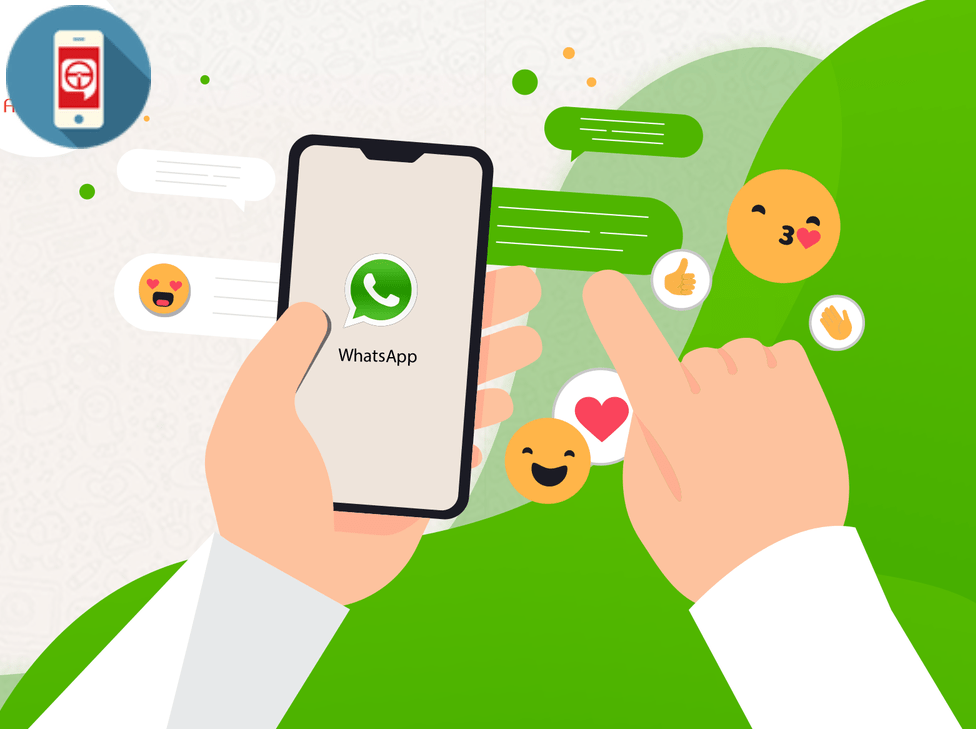 What Is The Cost of Building An App Like WhatsApp?

10 Benefits of a Communication App for Employees

Why You Need an eCommerce Mobile App 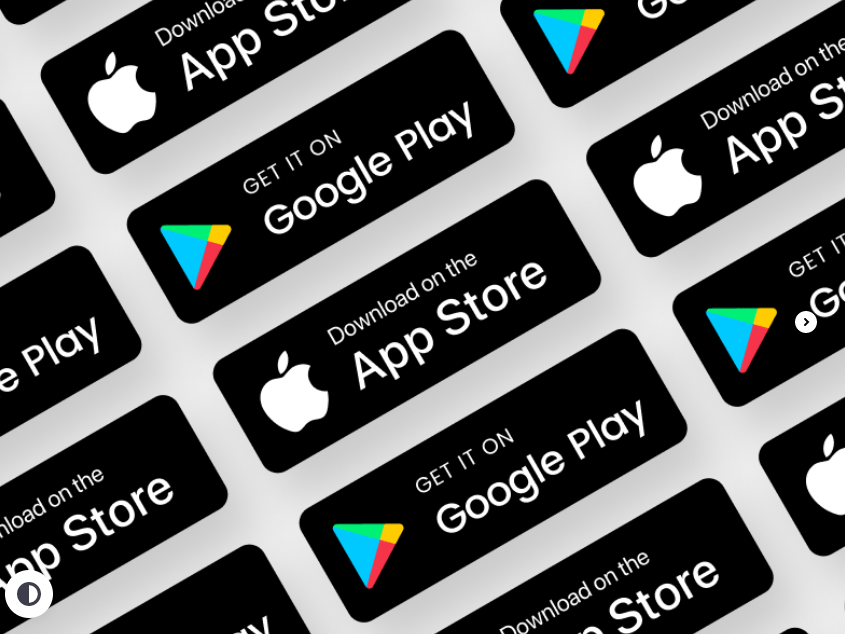 How to Increase Your App Installs